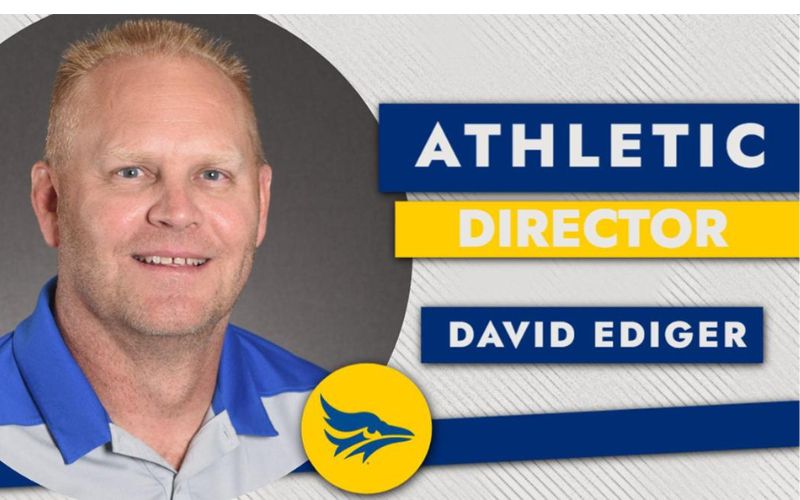 “It is an honor to serve Tabor College as the next athletic director,” Ediger said. “There have been so many great people leading this athletic department and I am humbled to follow in their footsteps.  I want to thank Dr. Frank Johnson and his search committee, as well as President David Janzen, for their faith in me to lead this great group of coaches and athletic staff.  I am excited to get to work for them and our student-athletes.”

A 1995 graduate of Tabor College in physical education, Ediger served as sports information director for one year before entering becoming associate director of athletic communications in July 2019. Prior to moving to Hillsboro, he spent 15 years as athletic director, assistant principal, and head girls’ basketball coach at Cimarron High School (Kan.). Prior to that position, he was Meade High School’s (Kan.) athletic director for three years and taught and coached at Ashland High School (Kan.) for two years.

Ediger’s extensive background in secondary education includes numerous key roles in the Kansas State High School Activities Association (KSHSAA) and Kansas Interscholastic Athletic Administrators Association (KIAAA). He spent 12 years as a KIAAA executive board member and was named Athletic Director of the Year in 2008. He had a two-year stint on the KSHSAA executive board and worked in the special committee for state classifications. He served as Hi-Plains League president over his final 11 years in Cimarron.

He also coached five high school sports, highlighted by his tenure as the girls’ basketball coach in Cimarron. He was a four-time Coach of the Year, coaching in the state tournament four times and earning his 300-win plaque from the Kansas Basketball Coaches Association in 2015.

“David brings significant experience in athletics, both as an administrator and coach,” Janzen said. “More importantly, he is passionate about seeing students’ lives transformed by Jesus Christ at Tabor. I look forward to working with David for the benefit of our student-athletes.”

This is Ediger’s second stop at Tabor, coaching men’s basketball and tennis after graduating. He served as an assistant men’s basketball coach for six years, aiding the program’s five consecutive KCAC championships, three national tournament appearances, and its Final Four run in 1997. He also coached two KCAC champions in tennis, with one qualifying for the NAIA National Tournament.