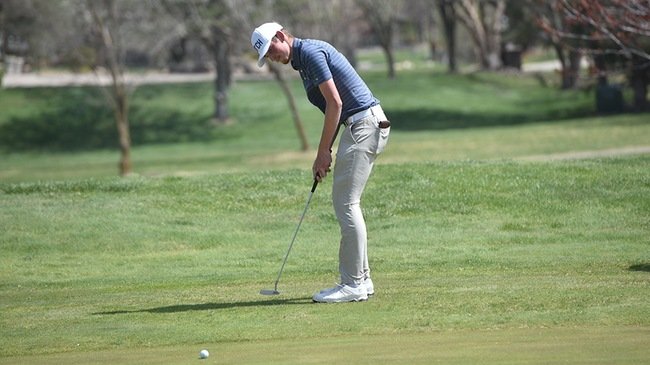 ‘s 2-under round of 70 on Monday afternoon gave the No. 3-ranked Hutchinson Community College men’s golf team the narrowest of leads entering the final round of the NJCAA District III (Central District)/Region VI Championships at Lochland Country Club.

The top five teams earn bids to the NJCAA Division I Championship in May in Odessa, Texas.

The final round is an 8 a.m. shotgun start on Tuesday.

Crockett opened the district tournament with a 1-over 73 on Monday morning on the Par-72 Lochland Country Club course. He posted one of only four scored under par on Monday, closing with a 2-under 70. Crockett is tied with Iowa Western’s Thomas Craig for the individual lead.

The Blue Dragons have three players in the Top 10 after 36 holes.