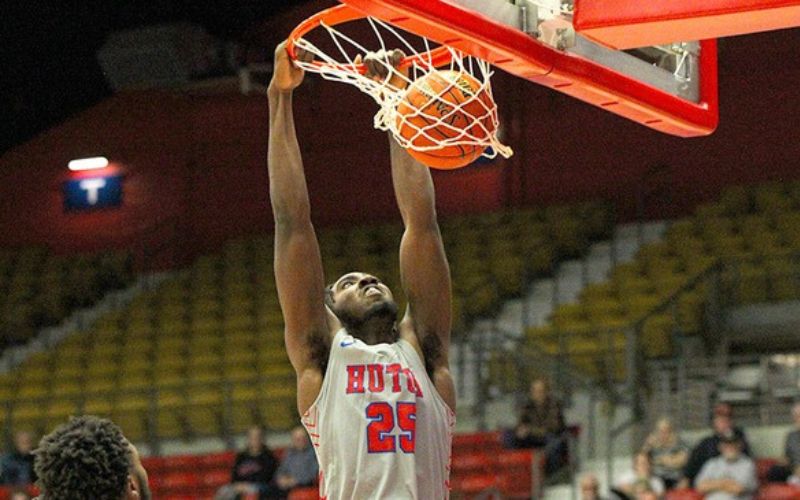 HUTCHINSON, Kan. – The No. 6-ranked Hutchinson Community College Men’s Basketball team had the second-best scoring night in the 91-year history of the program on Wednesday night at the Sports Arena.

The Blue Dragons shot 51.0 percent from the field and sank 16 3-pointers as Hutchinson downed the Labette Cardinals 139-84 at the Sports Arena.

Hutchinson improved to 4-0 to start the season. The Blue Dragons play Victoria College and Wilber Wright College this weekend on a neutral floor in the Barton Cougar Classic in Great Bend.

When the Blue Dragons reached 112 points with 6:51 to play, thoughts of breaking the 1991 scoring record of 148 points against Frank Phillips were starting to occur.

Freshman Kernan Bundy had a season-high 17 points on 7 of 11 shooting with two 3-pointers.

The Blue Dragons amassed 33 assists in the game, second-most in Blue Dragon single-game history. The Dragons out-rebounded Labette 67-33 and had 14 steals and seven blocked shots.

The Dragons led just 20-14 with 14:40 left to play in the first half. Hutchinson then held Labette without a field goal over the next 4 minutes, 57 seconds and used a 17-2 run to break the game open. A Kieran Carr layup gave Hutchinson a 37-16 lead with 9:43 remaining in the first half.

GAME NOTES – The Blue Dragons are now 34-14 all-time against Labette. … The 55-point margin of victory is the second largest in series history. The Dragons defeated Labette 110-51 in 2001.