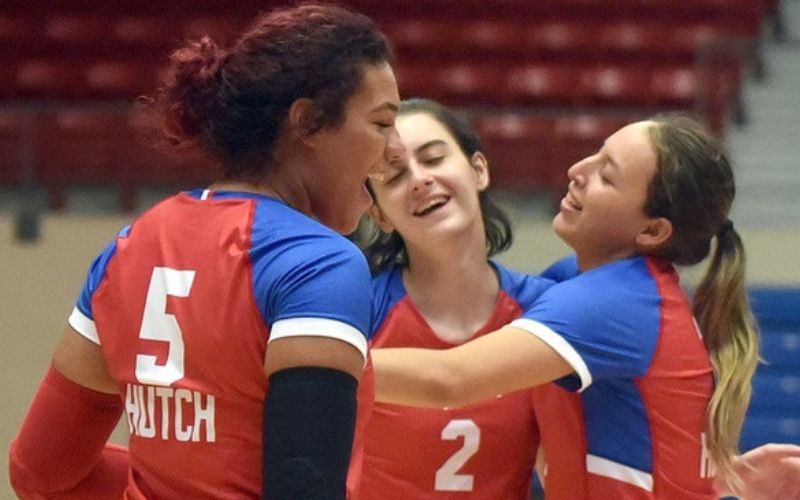 Blue Dragon Volleyball moves up one notch to No. 16 in this week's NJCAA Division I Rankings. (Steve Carpenter/Blue Dragon Sports Information)

The Blue Dragons moved up to No. 16 in the latest NJCAA Division I National Volleyball Rankings. This is the fourth-straight week the Blue Dragons have been ranked.

Hutchinson’s only action last week was a 3-1 Jayhawk West road victory at Colby last Wednesday. That victory improved the Blue Dragons to 16-5 overall and 4-1 in the Jayhawk Conference.

Florida Southwestern remains undefeated and ranked No. 1 in the latest rankings. Indian Hills, Scot and Salt Lake remain Nos. 2, 3 and 4. Miami-Dade moves up to No. 5.

Seward County remains the highest-ranked Jayhawk Conference team at No. 12. Hutchinson is the only other KJCCC ranked in the Top 20, but Butler is receiving votes.