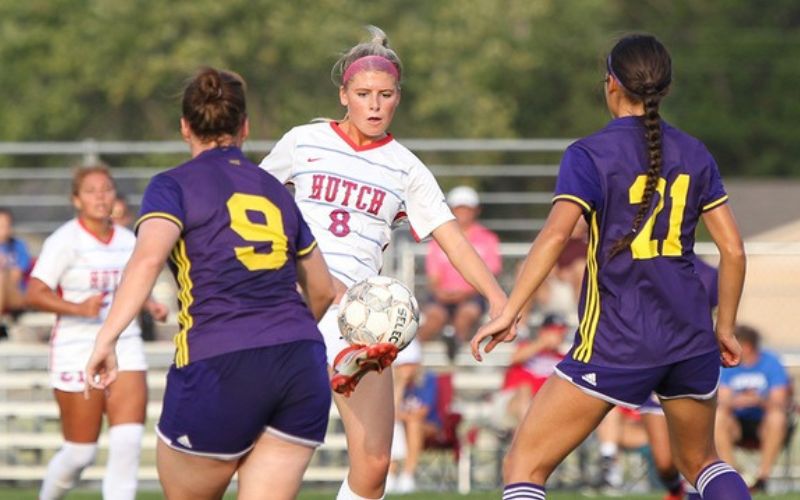 HUTCHINSON, Kan. – For the first time in her career, Hutchinson Community College women’s soccer sophomore Aimee Maher was named the KJCCC Division I Player of the Week.

Maher, a third-year player from Ireland, netted her first-career hat trick in the 6-0 home victory last Wednesday over Dodge City. All three goals were scored in a span of 20 minutes in the second half. Maher tallied seven points against Dodge City, which also included as an assist on a goal by Maren Lackey.

In s 3-1 road loss to Johnson County, Maher had the opening goal in the 18th minute off a deep pass from sophomore Ella-Mae Miller that was redirected by sophomore Hadlie Lowe right to Maher.

Maher is the second Blue Dragon to receive Jayhawk Conference weekly recognition. Sophomore Olivia Felix-Cardona was named the Jayhawk and NJCAA goalkeeper of the week on Sept. 6, 2022.

This season, Maher is Hutchinson’s second-leading scorer with 13 points. She has scored five goals and has three assists.

The Blue Dragons start the first of four matches against ranked opponents on the road at 6 p.m. Wednesday at 17th-ranked Cowley and back at home 2 p.m. Saturday against No. 15 Coffeyville.