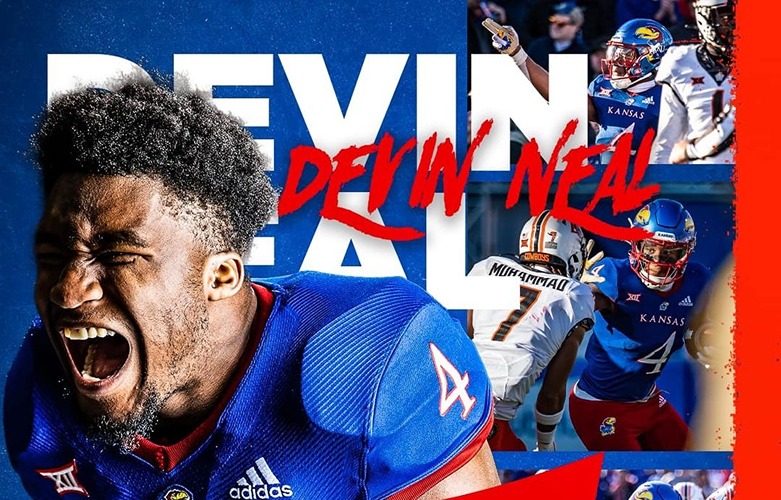 LAWRENCE, Kan. (KUAthletics.com) – After combining for 334 yards of offense on Saturday, sophomore Devin Neal has been named the Big 12 Conference Offensive Player of the Week, the conference announced on Monday.

Neal rushed for 224 yards and had 110 yards through the air in Kansas’ 37-16 victory over No. 18 Oklahoma State. Neal became the first Jayhawk in school history with 200+ rushing yards and 100+ receiving yards in a game, while his 334 combined yards are the most since 1991, when Tony Sands combined for 398 yards (396 rush, 2 receiving) against Missouri.

From Lawrence, Kansas, Neal rushed a career-high 32 times for 224 yards, including a 31 yard rushing touchdown against Oklahoma State. Neal added six receptions for 110 yards through the air.

Kansas’ 37-16 win over No. 18 Oklahoma State made the Jayhawks bowl eligible for the first time since 2008, while it was the Jayhawks’ first win over a ranked opponent since 2010 (Georgia Tech).