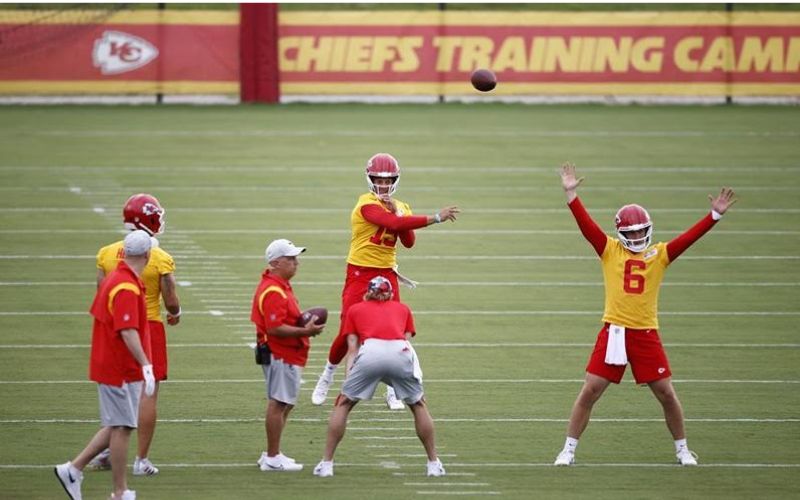 St. Joseph, Mo. (AP) — Two cornerstones of the Chiefs’ four straight AFC title game appearances walked into training camp elsewhere this week, and Kansas City coach Andy Reid will be spending much of the next month figuring out how to replace them.

That task alone could determine whether a fifth consecutive championship game appearance awaits in January.

The biggest departure came when the Chiefs traded Tyreek Hill to the Dolphins for a package of draft picks in January, a move made with an eye both on long-term success and the bottom line but with the immediate effect of depriving Patrick Mahomes of his favorite downfield playmaker since the moment their QB stepped foot in the league.

The other big hole opened up on defense, where Tyrann Mathieu was allowed to leave in free agency, taking not only one of their biggest playmakers on that side of the ball out of the equation but also removing one of the locker room leaders.

“I look at it more of everybody getting on the same page,” Reid said, “and it’s an urgency to that because we know the level that we are capable of performing at. Rather it is coaches and/or players, the ones that have been here or the new ones, I think there is a sense of urgency that makes it the exciting part. Let’s see what we can do.”