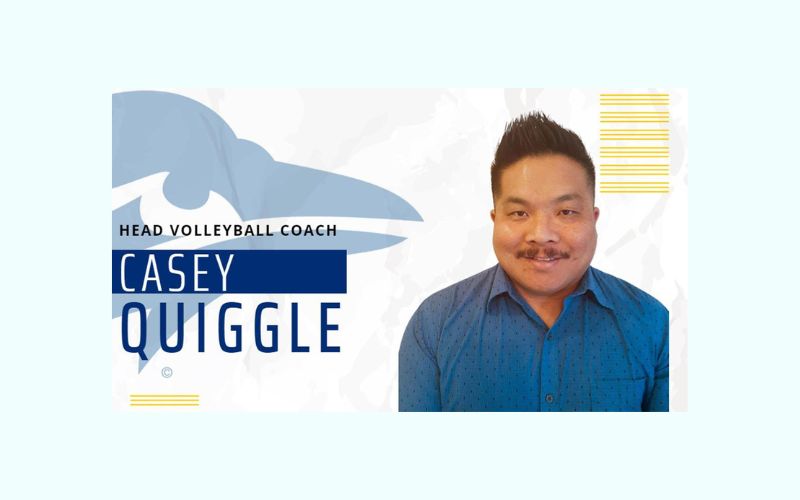 Hillsboro, Kan. – Tabor College has selected Casey Quiggle as their next head volleyball coach, the athletic department announced Monday. Quiggle comes to Tabor following stints as an assistant at University of Jamestown (ND), and head coaching jobs at Southwestern Community College (Iowa), and Sheridan College (Wyo.). Originally from San Clemente, California, his coaching career began in 2004. Over his career, he has coached on the high school, club, and collegiate levels.

“On behalf of the search committee, we would like to welcome Coach Quiggle and his wife Brianne to the Tabor College family,” commented Tabor College Athletic Director David Ediger. “His passion to build a winning volleyball program is evident, but even more exciting is his passion to see our young ladies succeed in areas off the court, which is key to their success outside of volleyball and to their future after Tabor.”

Quiggle holds a Bachelor’s in Political Science (1999) from Central College in Pella Iowa, and MBA (2006) from University of Phoenix. Most recently, Coach Quiggle finished his MCAA (Coaching and Athletic Admin.) in 2017.  Quiggle has coached for 17 years.

Entering his 18th year of coaching, he is excited to take the helm with the Bluejay volleyball program. From his time interviewing on campus in July, Quiggle said he has had a great introduction to Tabor and is ready to get started.

“I’m excited to be a part of the Tabor family,” said Quiggle. “My goal is to not only coach these young women to excellence on the court, but to coach them in a way that they will excel in all aspects of their lives. I’ve been fortunate to have had a few transformational coaches throughout my years in athletics and hope to be the same for the Bluejay student-athletes.”

Coach Quiggle has over 35 years of involvement in competitive athletics combined with his playing and coaching experience. While in high school, he played both soccer and baseball. In college, Quiggle added football to the mix and was fortunate to play three sports at the collegiate level. Coach Quiggle, Brianne and their dog Cash have lived in Sheridan, Wyoming for the past 3 years.