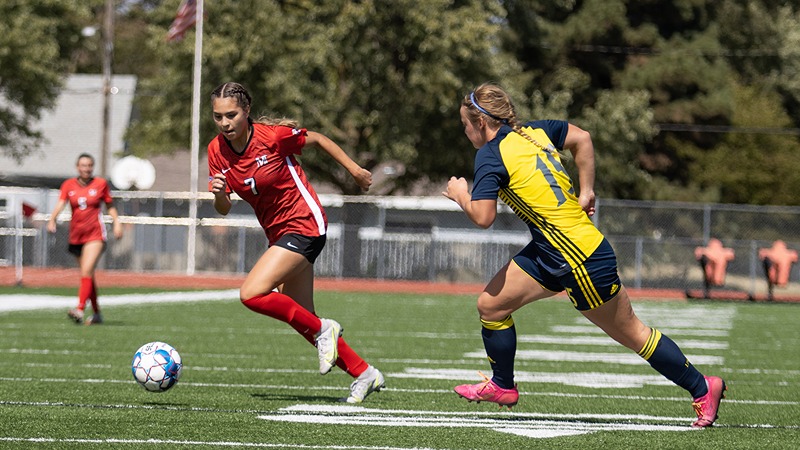 The Bulldogs and Saints played even through the first half of action, giving up the first goal for the Saints in the 44th minute. In the 54th minute, the Panthers scored their second goal, followed in the 58th minute with their 3rd goal of the match. The Bulldogs played tough for the remainder of the half, but were unable to find the back of the net themselves.

Jadyn McLaughlin started in goal for the Bulldogs collecting three saves and allowing one goal.

Lauren Kunda was in goal for the second half collecting three saves and allowing two goals.

The Bulldogs next match will be against Doane University on Wednesday, August 31st at 6:00pm at home.

No. 17 Blue Dragons Fall to Barton in Regular Season Finale