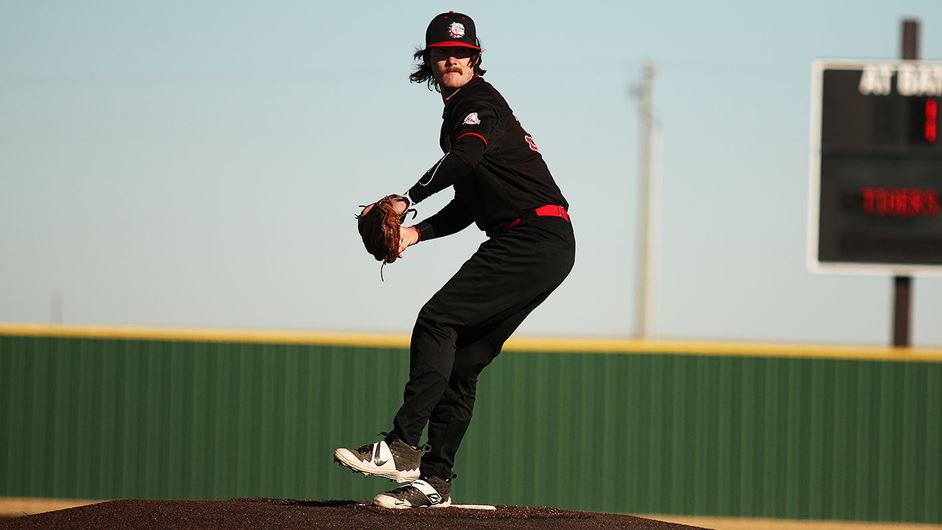 – The McPherson College baseball teams’ historic season came to an end on Wednesday afternoon, with a 5-4, extra innings loss, to the St. Thomas University Bobcats at the NAIA Opening Round Tournament.

The game was scoreless through three and a half innings when the Bobcats broke the tie and scored the game’s first run in the bottom of the fourth. The Bulldogs took their first lead in the top of the sixth on an RBI triple from

Trevor Johnson
followed that up with a double that scored Feuerstake.

The Bulldogs’ 2-1 lead would hold up until the bottom of the ninth inning. The Bulldogs were just one strike away from surviving and moving on in the tournament, but a pitch in the dirt got away and the Bobcats scored the tying run to force extra innings.

, the Bulldogs had the bases loaded and


Isaiah Vazquez
got the start for the Bulldogs and pitched a gem. He went six and two-thirds, allowing just one run on six hits, with five strikeouts. The Bulldogs used five pitchers out of the pen, and the loss ultimately went to

Rolando Fletes
, who gave up the winning run.

Offensively the Bulldogs scored four runs on nine hits, led by Feuerstake and Johnson who were both 2-4. Three of the eight Bulldog hits went for extra bases, doubles by Johnson and Foster and the triple from Feuerstake.

Coach MacKinnon wrapped things up by saying, “I just want to thank all of the players, staff, support staff, and especially the seniors. This group of young men saw our program change in such a drastic way. Thank you for teaching me how to be a better coach and person. For our returners, we are excited for the future. Overall I’m just extremely impressed with this group.”
The Bulldogs finish the season at 40-14, the most wins in program history.