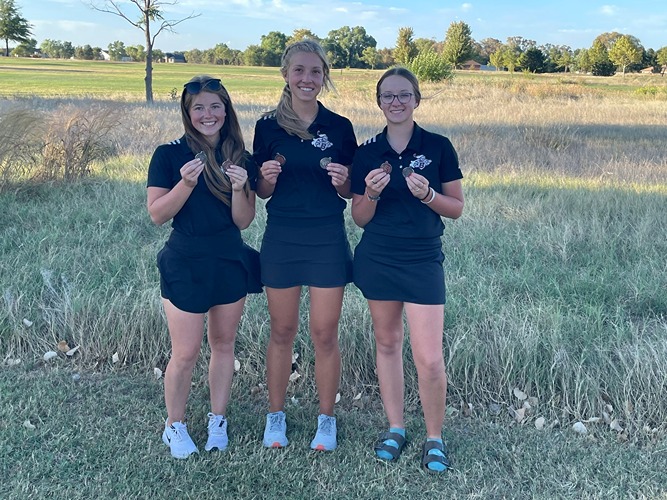 “I was proud of the team for battling in the heat,” Head Coach Brennan Torgerson said. “We have some players making some good progress; it is fun to watch.”

Elise Gover was Buhler’s top finisher individually; the Buhler senior shot a career-best 92 to medal in fourth. Marlie Cooper’s 100 left her in tenth, while Morgan Carson and Brynlee Frank each shot a 101 to finish twelfth and thirteenth respectively.

The Crusaders are peaking at the correct time as the season fades away – less than two weeks remain before league on Oct. 4. A couple of busy days will see Buhler participate in tournaments at El Dorado and Hesston Thursday and Friday.