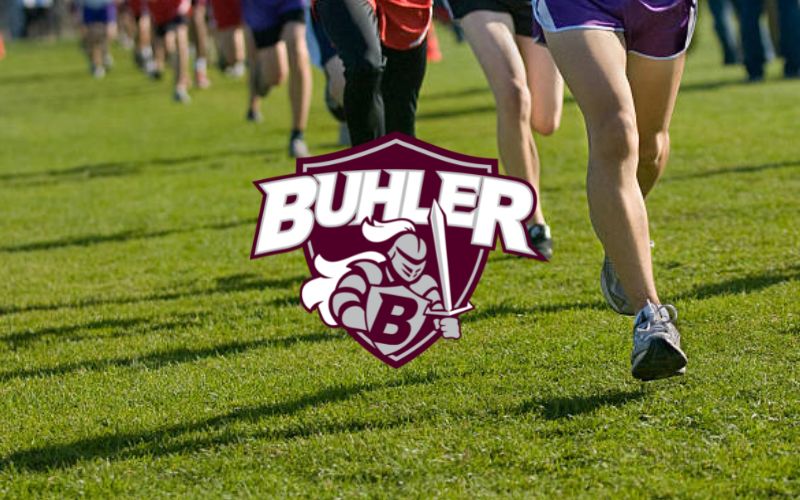 GREAT BEND, Kan. – To say the start of a new season comes with anticipation for Buhler cross country would be an understatement. The boys’ program has claimed the last four 4A state titles. The girls have been perennial contenders as well, winning a championship of their own in 2019.

The Crusaders opened their year Thursday at Great Bend against a tough 5A and 6A field.

“My philosophy is if you want to run faster you have to run against faster competition,” head coach Curtis Morgan said. “We don’t like to shy away from competition.”

Boys’ varsity raced to a 2nd place finish, landing four runners inside the top-15. Kaden Lohrentz led his team with a 4th place effort, posting a time of 16:57.7. Layne Whisler, meanwhile, put up a new PR, crossing the finish line in 8th with a time of 17:26.4.

While the Crusaders graduated two all-state members for last year’s championship team, they have the right ingredients to make another run.

“Expectations are there,” Morgan said. “Our guys don’t want it to end with them.”

The lady Crusaders return six of their top seven runners from last year’s team that finished 4th at State.

“We’re a little bit injured to start the season right now,” Morgan said. “The depth and the talent are there.”

“The kids ran well,” Morgan said. “We were pleased with how everything went.”

With so much past success it would be easy to expect it, but this team is taking nothing for granted. Their motto this year is nothing is given, everything is earned.

Buhler will be back on the course Thursday at Hesston. Next Saturday, the Crusaders will compete against a stacked field on the State course at Wamego.

“I feel pretty confident in where we are at training-wise,” Morgan said. “I think the sky is the limit for both of these teams.”