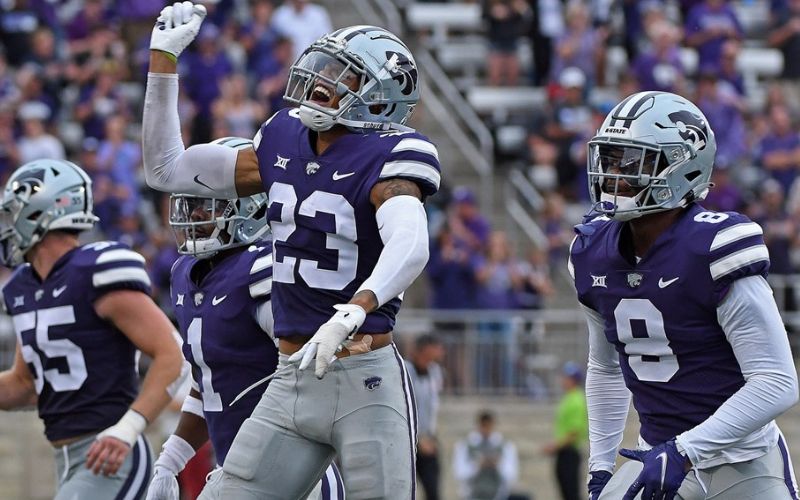 Manhattan, Kan. (K-State Sports) – Kansas State senior cornerback Julius Brents is one of just 35 players in the nation to be named to the watch list for the 2022 Jim Thorpe Award, which is presented to the nation’s best defensive back, the Oklahoma Sports Hall of Fame announced Monday.

Brents, one of three Big 12 defensive backs on this year’s initial list, is the first Kansas State candidate for the award since current New York Jet D.J. Reed was a preseason candidate in 2017. K-State has a long history with the Jim Thorpe Award, which includes 2002 winner Terence Newman, while Chris Canty was a finalist in both 1995 and 1996. Additionally, Jaime Mendez (1993), Nigel Malone (2011 and 2012) and Ty Zimmerman (2013) were each semifinalists.

A native of Indianapolis, Indiana, and transfer from Iowa prior to the 2021 season, Brents was a Preseason All-Big 12 pick for 2022 after earning honorable mention accolades from the league’s coaches following the 2021 season. In his first season in Manhattan, Brents started all 13 games, totaling 49 tackles, 3.0 tackles for loss, an interception and three total passes defended. He carded his first interception as a Wildcat when he picked off Oklahoma, while he batted away passes against Southern Illinois and in K-State’s Texas Bowl win over LSU. His junior campaign also saw him set a career high with eight tackles at Texas, including a career-best seven solo stops and a tackle for loss.

K-State embarks on the 2022 campaign by hosting South Dakota inside Bill Snyder Family Stadium on Sept. 3. The Wildcats then host Missouri on Sept. 10 and Tulane on Sept. 17 before beginning their nine-game conference schedule on Sept. 24 at Oklahoma.