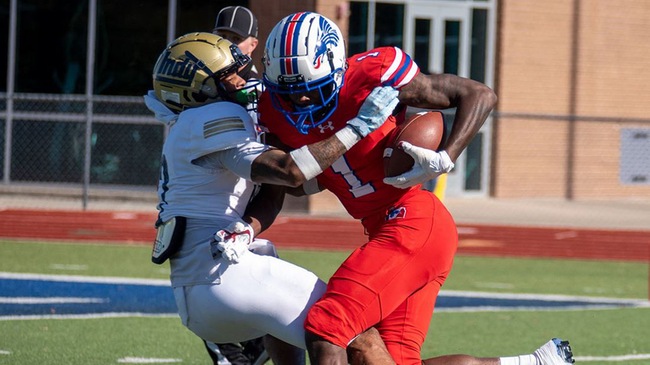 HUTCHINSON, Kan. – The Hutchinson Community College football team remains No. 1 in the latest NJCAA Division I national rankings, which were released Monday. It’s the fifth week in a row the Blue Dragons are ranked at the top of the poll.

The Blue Dragons solidified a third straight Jayhawk conference championship by defeating Independence 53-0 Saturday, setting up a regular-season finale road test in Council Bluffs, Iowa this Saturday against Iowa Western, who lost to Coffeyville 23-7 last week, earned its first loss of the season and dropped to No. 4 in this week’s rankings.

Snow College, the 2021 national runner-up, remained on the outside looking in at No. 5 with Coffeyville making the jump from No. 8 to No. 6.

Butler came in at No. 13 and Garden City received votes.