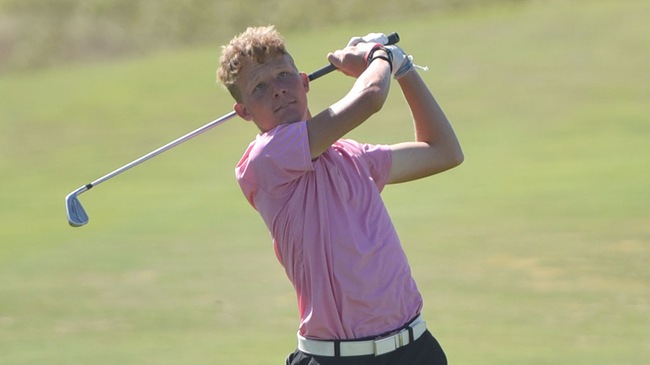 HUTCHINSON, Kan. – The Hutchinson Community College Men’s Golf team maintained its No. 1 ranking in the Bushnell/Golfweek NJCAA Division I Poll.

This past week at the NJCAA National Preview at Sand Creek Station in Newton, New Mexico Military edged the Blue Dragons by three strokes to win the team title. Hutchinson’s Dominic Clemons won the individual title.

The Blue Dragons have two runner-up team finishes in the fall season, placing second at both the National Preview and the Samuel Proal Invitational in Pueblo, Colorado.

Hutchinson’s third fall tournament will be Monday and Tuesday at the Big “O” Classic in Elkhorn, Nebraska. The field has mostly NCAA Division I and Division II teams competing in the tournament co-hosted by Creighton University and the University of Nebraska-Omaha.