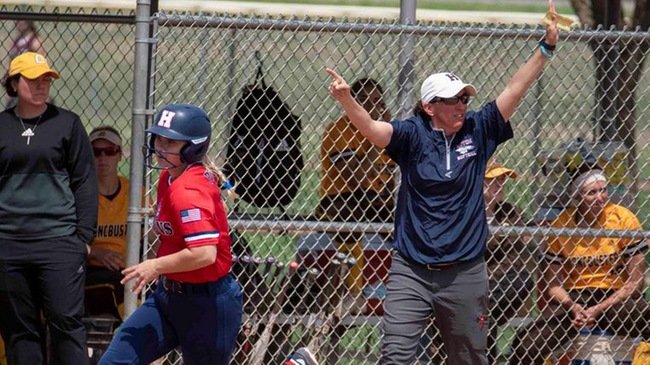 The Blue Dragon softball team earned a no. 15 ranking in the NJCAA Division I Poll on Monday, its highest Division I ranking since 1989. (Andrew Carpenter/Blue Dragon Sports Information)

The Hutchinson Community College softball team climbed five spots to No. 15 in the latest NJCAA Division I softball rankings on Monday.

The Dragons close out the regular season this week with a pair of road doubleheaders – on Wednesday at Seward County and on Saturday at Pratt.

Yavapai College remains No. 1 in the NJCAA Division I rankings. Florida Southwestern State is second and Wallace State is third.

Butler is the only other Jayhawk Conference team. The Grizzlies are No. 6.