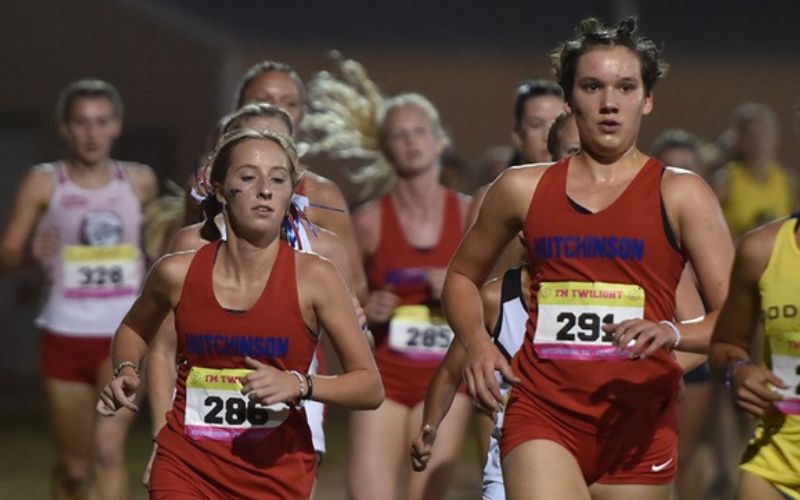 Hutchinson has had two strong performances this season, finishing second at the Terry Masterson Twilight Invitational and fifth in the Gold Division of the Woody Greeno/Jay Dirksen Invitational in Lincoln, Nebraska.

The only national ranking higher than the Blue Dragons’ No. 2 rank came in 2001 when Hutchinson was preseason No. 1 in Division II. That team went on to win the NJCAA Division II national title. This is the highest Division I ranking in program history.

The last time the Blue Dragons were ranked in the Top 5 was Week 1 in 2020 when Hutchinson was ranked No. 5. The Dragons ended last season at No. 12.

Wednesday’s rankings followed an eventful weekend for the Blue Dragons in Lincoln where freshman Serenity Larson posted the second-fastest 5,000-meter time in the Hutchinson women’s team’s history with a time of 18 minutes, 41 second. Freshman Gracie Lambert posted in the 14th-fastest Blue Dragon time while finishing in 82nd. Freshman Taylor Hoskinson came in 97th, and super-sophomore Louise Cocking finished in 98th.

Southern Idaho was ranked the No. 1 team in the country in the Week 1 rankings. Butler was ranked 10th, Dodge City 11th, Garden City at No. 13 and Neosho County No. 18.

The Blue Dragon women compete next at the Chili Pepper Festival in Fayetteville, Arkansas on Friday, Sept. 30.

The Hutchinson Community College men’s cross country team is ranked No. 17 in the first United States Track and Field and Cross Country Coaches Association (USTFCCCA) NJCAA Division I rankings, which were released on Monday.

The Blue Dragon men placed 10th at the Terry Masterson Twilight Classic and did not post a team score last week at the Woody Greeno/Jay Dirksen Invitational in Lincoln, Nebraska.

The Blue Dragons have had two different No. 1 runners in their first two meets of the season. Freshman Douwe Bentsink was the top Hutchinson runner at the Terry Masterson Twilight Classic. Hayden Keller paced the Blue Dragons last week in a stacked Greeno/Dirksen field.

The Blue Dragons next compete at the Chili Pepper Classic on Friday, September 30 at Fayetteville, Arkansas.

The Jayhawk Conference is well represented in the national rankings.

Colby, which beat all the Division I teams at the Greeno-Dirksen, is the No. 1 team in the first rankings of the season. Northwest Tech is No. 4, followed by Butler at No. 9, Cloud County at No. 13 and Garden City at No. 18.

Dragons Stay at No. 2 Through Bye Week