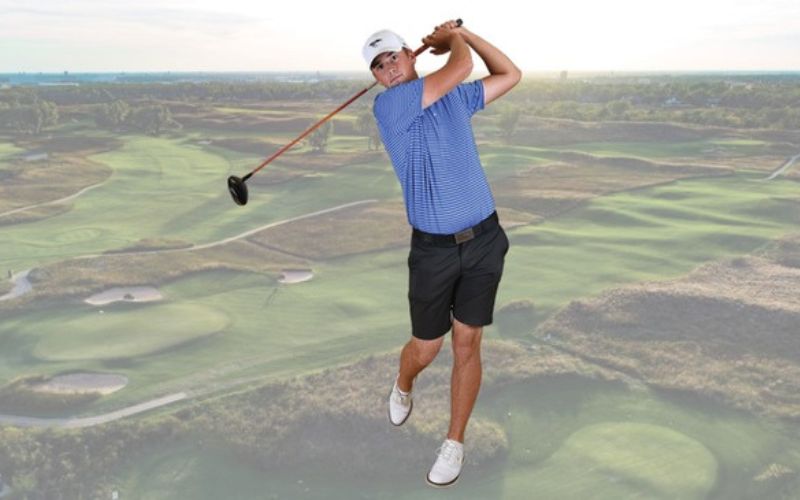 Freshman Alex Lindstrom fired a 69 on Tuesday to lead the No. 1-ranked Blue Dragon Men's Golf Team at the Farmers Insurance Samuel Proal Invitationson on Tuesday in Pueblo, CO.

Sophomore Dominic Clemons was the only Blue Dragon to place in the Top 10, individually, with a fifth-place performance. Louis Ross, Blake Saffell and Alex Lindstrom all finished inside the Top 25 of the 64-player field.

The Blue Dragons posted a 1-under par 287 in the final round on Tuesday. The Dragons counted scores from freshman Alex Lindstrom (69), Louis Galvin (71), Clemons (73). Saffell and Louis Ross both shot 74s on Tuesday.

Hutchinson tied for the sixth-lowest team round on Tuesday, tying Fort Lewis College and Dallas Baptist.

Tournament host CSU-Pueblo completed its wire-to-wire domination with a 54-hole score of 822, which is 42 strokes under park. CSU-Pueblo shot a 277 on Tuesday.

The Blue Dragons were second at 8-under 855. Colorado Mesa was third at 5-under 859. Dodge City was the only other Jayhawk Conference team in the field of 12 teams. The Conquistadors shot 5-over 293 and finished ninth at 881 (+17).

Clemons carded a 1-over 73 on Tuesday with two birdies and three bogeys. He finished fifth at 7-under 209. This was Clemons’ second career Top 5 finish in a tournament.

Despite a final-round 74 on Tuesday, Ross finished 18th overall in his first collegiate tournament at 217.

With a pair of late birdies, Saffell closed out a tough start to the final round strong and finished with a 74. Saffell tied for 21st at 219.

Lindstrom had a big comeback day on Tuesday. After closing Monday with a 78, Lindstrom rebounded with a team-low 3-under 69. Lindstrom carded five birdies and two bogeys on Tuesday. Lindstrom tied for 24th at 220.

Blue Dragon individual player Addison Alonzo tied for 44th at 227 after a final-round 77 on Tuesday.