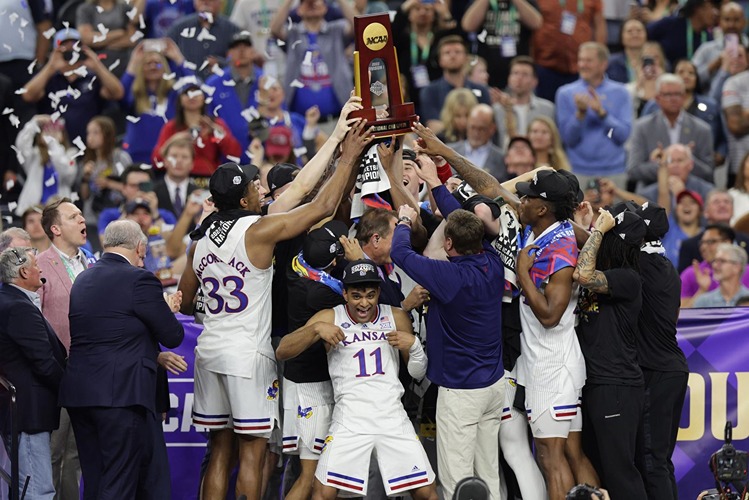 IRVING, Texas – A day after finding out it would host the 2031 Women’s Final Four, the Big 12 Conference was awarded the 2030 Men’s Final Four by the NCAA Division I Men’s Basketball Committee. Games will be played on April 6 and 8 at AT&T Stadium in Arlington, Texas. The event was also held in North Texas in 2014.

“This is indeed a festive week for the Big 12,” said Commissioner Brett Yormark. “We are thrilled with the news that we will host the 2030 Men’s Final Four in Arlington in addition to the 2031 Women’s Final Four in Dallas. As home to the last two men’s basketball national champions, we look forward to staging this marquee event along with hosting men’s preliminary rounds three of the next four seasons and the 2023 Women’s Final Four.”

AT&T Stadium owns a clean sweep of Final Four attendance records, having drawn 79,444 fans to the 2014 national semifinals and 79,238 more to the championship game for a two-session total of 158,682.

“We are thrilled that the NCAA has chosen North Texas as host of the 2030 Men’s Final Four,” said Executive Director of the Dallas Sports Commission Monica Paul. “As we like to say, everything is bigger here in Texas. And when it comes to college basketball, nothing is bigger than the Final Four. Having been selected as a host for the 2031 Women’s Final Four yesterday, today’s announcement further solidifies Dallas as a proud partner to elite basketball and premier experiences.”

The North Texas area previously hosted a men’s 2013 Regional at AT&T Stadium in addition to the 2014 Final Four. First and Second Round games were held in Dallas at the American Airlines Center in 2002, 2006 and 2018. A 2024 Regional will also be played at the arena.

Since 2001, the Big 12 has hosted 13 rounds of the NCAA Men’s Basketball Championship in the cities of Arlington, Dallas, Kansas City and Oklahoma City. The Conference will host the 2023 Kansas City Regional, as well as first and second rounds in Oklahoma City in 2026 in addition to the upcoming events in North Texas.

Big 12 teams have played in the last four Final Fours, including the past three national championship games. Baylor won the 2021 title while Kansas brought home the trophy in 2022.