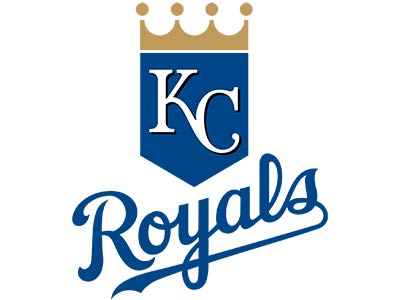 KANSAS CITY, Mo. (MLB.com) –  Gavin Cross lamented the 102-degree heat but complimented the barbecue he ate Friday with his family at Jack Stack Barbecue, and those two things alone made him fit right into the Kansas City fanbase.

His baseball talent can likely help with that, too.

The Royals officially signed Cross, the No. 9 overall pick in the 2022 MLB Draft, to the organization on Saturday ahead of an introductory press conference at Kauffman Stadium. After scouting director Danny Ontiveros introduced Cross to a room full of media, the Cross family and Royals staffers, the 21-year-old slipped on a Royals jersey with his name and No. 1 on the back, tugged on a blue Kansas City cap and officially became a Royal.

“It’s been really surreal,” Cross said of the past few days. “As a kid, you always want to play in the Major Leagues and play in college and to be here. … It started setting in a couple days ago.

Cross signed for $5,202,900, the full slot value for the No. 9 pick, a source told MLB.com. He’ll head to Arizona with Ontiveros on Sunday before the Royals determine whether he’ll play with an affiliate this summer for his professional debut.

But before that, Cross enjoyed Kansas City with his family — including his dad, Adam, mom, Becky, and brother, Garrett — and girlfriend, Mireille Block.

Adam played in the Minors in the 1990s and coached Gavin through his childhood, instilling an even-keeled demeanor in him from a young age alongside a competitive drive, especially on the bases.

“Dad, evidently, back in the day was fast,” Gavin said. “I don’t know if I can say that. But we were always jiving back and forth on who’s stealing bases and who’s not. It’s always something I’m working on, trying to steal bags and take advantage of the game in any way I can.”

After his introduction, Cross walked through the Royals’ clubhouse where several teammates congratulated him on joining the organization. He was offered to hit in the cages with hitting coordinator Alec Zumwalt — Cross even picked up a bat — but he wasn’t sure, at least at that time, about taking swings in khakis and a button-down shirt.

He’ll be swinging soon enough. A left-handed bat known for his power, Cross slashed .340/.412/.609 with 28 home runs across three years at Virginia Tech. He can play all three outfield spots and will get a chance to stick in center. He runs well for his 6-foot-3, 210-pound frame, going 12-for-12 in stolen base attempts this past season at Virginia Tech.

That production caught Royals area scout Tim Bittner’s eye in 2021 after Hokies head coach John Szefc mentioned Cross was one to watch coming out of the pandemic-shortened 2020 season. Bittner described a weekend when Virginia Tech swept Wake Forest and Cross put himself on the map.

“He just announced his presence that weekend,” Bittner said. “It just kept carrying on, and it was one of those deals where he kept it rolling all the way through the summer with Team USA, and it was pretty evident over that summer that he was going to be a guy that we really needed to bear down on.”