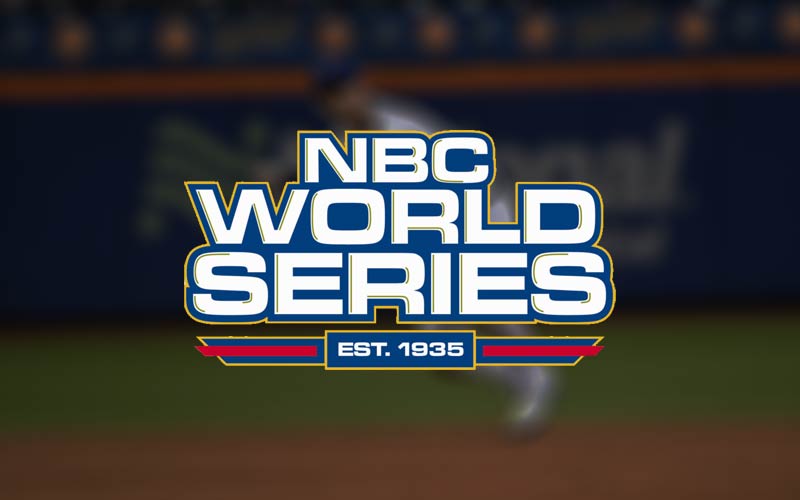 HUTCHINSON – The 88th NBC World Series returns to Kansas from July 28th-August 6th. Military personnel, First Responders, Healthcare Workers, and Educators all play a vital role in our community, and the 88th NBC World Series, powered by Evergy, plans to celebrate these local heroes by offering them free admission on their specific night at the ballpark during this year’s World Series, July 28-August 6.

The NBC World Series will celebrate military personnel, past and present, on July 29th, in Hutchinson at Hobart-Detter, presented by Eaton Roofing & Exteriors, and at Eck Stadium in Wichita on August 4th, presented by Davis-Moore Auto Group!

All Armed Forces members get in free both nights with proper ID or DD-214.

Head out to the NBC World Series for First Responders Night! These heroes will be celebrated on July 31st in Hutchinson at Hobart-Detter and again on August 4th, presented by Davis-Moore Auto Group, in Wichita at Eck Stadium.

All First Responders get in free both nights with proper ID.

Come out to Eck Stadium in Wichita on Monday, August 1st to help celebrate Healthcare Heroes!

All healthcare workers get in free with proper ID, including doctors, nurses, hospital workers, and support staff.

Help the NBC World Series celebrate the teachers, administrators, and support staff in our community on Educators Appreciation Night, presented by Mel Hambleton Ford at Eck Stadium in Wichita on Tuesday, August 1st!

All educators get in free with their school ID!

Tickets to the NBC World Series start at only $9 for individual days or $90 for a full tournament pass. The first four days of the tournament will be played July 28-31 at historic Hobart-Detter Field in Hutchinson. Qualifying teams will then move on to Eck Stadium in Wichita for games played August 1-6.